The Battle of Normandy was the beginning of the end of the Second World War in Northwest Europe. Canadian soldiers, sailors and airmen helped turn the tide towards victory when they landed on Juno Beach and won hard-fought battles against a determined enemy in the summer of 1944. The cost was high with more than 5,000 Canadians killed between June and August. In words and pictures, Legion Magazine presents the ultimate story on Canada’s historic contribution.

Be the first to review “Bound Book (Liberating Normandy)” 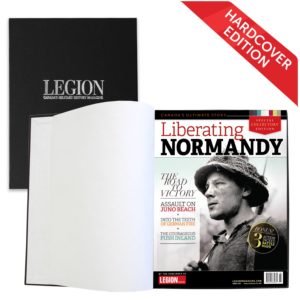