$16.95 Cart
Menu
View cart “The Royals: The fight to rule Canada” has been added to your cart.

Canada And The Great War: The Battles

From their baptism of fire at the Second Battle of Ypres in April 1915 through to the Hundred Days campaign, Canadian soldiers experienced one fierce ground battle after another. Just in time for the war’s centenary, we present Canada’s story of battle on the Western Front.

Gold Winner at the 2016 Canadian Cover Awards from Magazines Canada.

Be the first to review “Canada And The Great War: The Battles” 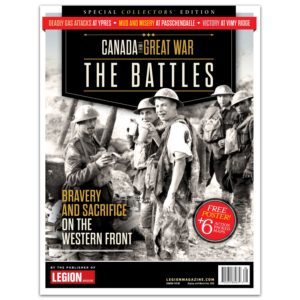