It was the spring of 1944 and the Allies could not wait any longer. It was time to roll the dice in the greatest military operation in history. The Allies—British, American, Canadian—would land on five beaches on France’s Normandy coast in the early hours of June 6—D-Day. Read about Canada’s role in the spearhead force to liberate Europe.

Be the first to review “D-DAY: The Free World Fights Back” 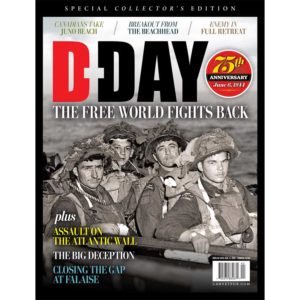