Our January/February 2020 back issue is now available!

EYE ON DEFENCE
Growing use of submarines

FACE TO FACE
Is the North Warning System obsolete?

CANADA AND THE NEW COLD WAR
The Arctic and us

Be the first to review “January/February 2020 issue” 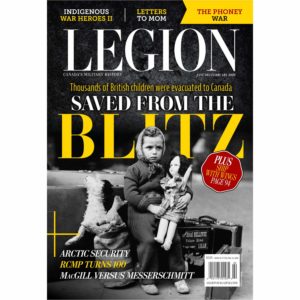