Our January/February 2022 issue is now available!

The November/December 2021 issue of Legion Magazine is now available in our online store!

Thousands attended, but there was one notable absence on Remembrance Day in Ottawa

Despite the pandemic and damp weather, droves of Victorians marked Remembrance Day

A CENTURY OF DISARMAMENT, PART 2

Fanatical members of the Harikari Club plotted to escape, slaughter civilians, and wreak as much havoc as possible

FROM BATTLEFIELDS TO FARM FIELDS

Militarization beyond the sky

Should Canada increase its military involvement in the Indo-Pacific region?

Defence on the cheap

Be the first to review “January/February 2022 issue” 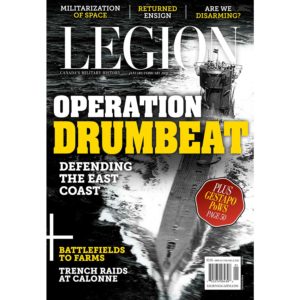