In the final 100 days of the First World War, Canada was called again and again to lead the offensive

On one of the toughest missions in the Allied invasion of Sicily, Canadians seized the pinnacle of Monte Assoro

What was it like to be conscripted during the First World War?

THE LONG WAIT FOR PEACE

Was the Dieppe Raid just a raid?

Yes, we really thought it would fly

Riddle of the Enigma

Be the first to review “July/August 2018 issue” 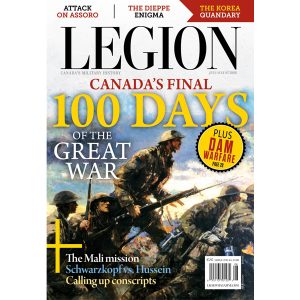