The battle for the ridge

A century ago, Canadians fought together as one unit for the first time. Their object was Vimy Ridge, a German stronghold that had held out against French and British attacks almost since the First World War began. What the Canadians would accomplish would be seen by many as the birth of a nation.

The job for me
Women have always sought to participate in Canada’s military aviation history. We take a look at the pioneering women who led the way.

Face to face
Should Canada send ground troops to Syria?

Be the first to review “March/April 2017 Issue” 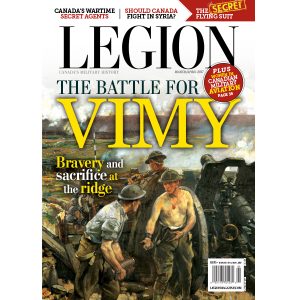