Assignment Afghanistan: The Struggle For Salavat Part 1
“The enemy has understood they won’t survive if they fight in the open so they have become masters at concealment, they encrypt themselves into the landscape; they become a part of the place itself.”

Having spent several weeks with a platoon from the Princess Patricia’s Canadian Light infantry, Staff Writer Adam Day begins a series following the members of Alpha Company as they deal with a hidden enemy while trying to win over the trust of Afghan villagers.

The Bugs In Your Gut
A healthy adult gut has about two kilograms of microscopic organisms—bacteria, viruses and fungi—collectively known as gut flora. Most are benign or beneficial. A few like C. difficile can be deadly.

Staff Writer Sharon Adams looks at the surprising benefits of the trillions of organisms in the human stomach.

Be the first to review “March/April 2010 Issue” 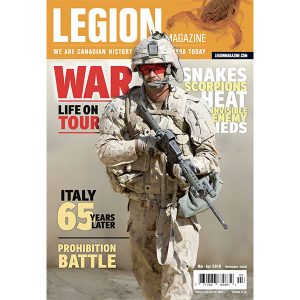