From London and Moscow to Los Angeles and Toronto, celebrations exploded around the world on May 8, 1945, the day that marked the end of the Second World War in Europe. In the May/June 2015 issue of Legion Magazine, we relive that joyful day through the vision of the photographers who captured timeless images of relief and elation across Canada and abroad.

Liberation Day in Holland
Three days before VE-Day, the occupation of The Netherlands by Nazi Germany was ended, largely through the efforts of the First Canadian Army. Historian Mark Zuehlke recounts those events and explains why Canada and Holland have been best friends ever since.

Rethinking our response to home-grown terrorism
In the wake of two lone-wolf attacks last October, staff writer Adam Day analyzes how domestic police and security forces are altering their tactics.

We shall not sleep
A century ago, John McCrae wrote the famous poem “In Flanders Fields.” Author Dianne Graves explores the man behind the pen. 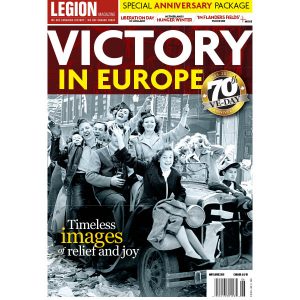