The great sacrifice: what has it served?

FACE TO FACE
Should the Allies have ceased their attacks on Nov. 10?

CANADA AND THE NEW COLD WAR
How the Afghan mission started

HUMOUR HUNT
The glory days of the Clunk

Be the first to review “November/December 2018 issue” 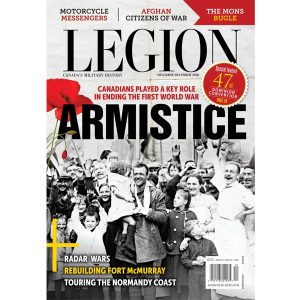