The November/December 2019 issue of Legion Magazine is now available!

LAST SOLDIER STANDING
“They should commemorate all of them, instead of just one,” said the last surviving veteran of the First World War

FACE TO FACE
Is war inevitable?

CANADA AND THE NEW COLD WAR NATO and us
All that and so much more!

Be the first to review “November/December 2019 issue” 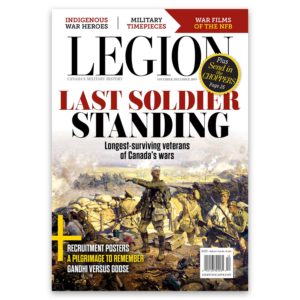