World War I: True stories from Vimy to victory

When the First World War started in 1914, Canada’s population was less than 8 million, yet more than 620,000 enlisted to stand up to tyranny. Many of the surviving soldiers felt compelled to share their stories—not necessarily with everyone, but with those who had also served—and Legion Magazine helped their voices be heard. Many of those stories, accompanied by dozens of dramatic photos, are collected in this new special issue.

Be the first to review “World War I: True stories from Vimy to victory” 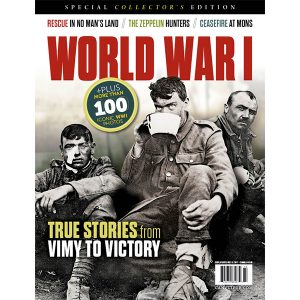