Step into Canada’s rich military past with fascinating tales of Canadian heroes from The Second World War.

Step into Canada’s rich military past with fascinating tales of Canadian heroes from The Second World War.

The World War II Collection is now available in sets of Five and Eight and Ten Volume Sets.

Battle of the Pacific

Battle of the Atlantic: Canada’s war at sea

Be the first to review “World War II 5-Vol. Collection” 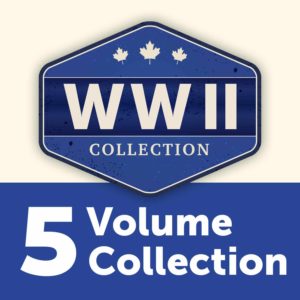