1943: The Allies gain the advantage in the Second World War

With Allied successes in North Africa and at Stalingrad, along with a building momentum against the Japanese in the Pacific, 1943 begins with unprecedented wartime optimism. American industrial production is building Allied might and troop convoys are bringing tens of thousands of personnel to Britain monthly.

But Canada’s role and influence in the Second World War has so far been limited, marked by the disasters at Hong Kong and Dieppe. With the 1943 invasion of Sicily, shifting fortunes in the Battle of the Atlantic, bombing successes over Germany and a significant boost in materiel production at home, that is about to change.

Be the first to review “1943: The Allies gain the advantage in the Second World War” 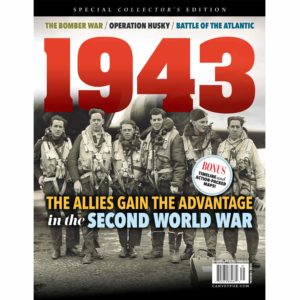